a heart-felt documentary film about the inspiring relationship between Ken Siri, a divorced father with sole-custody of his son, Alex, a non-verbal sixteen-year-old on the autism spectrum. New York City, with all its beauty and chaos, is the backdrop for this tale of two men searching for ways to connect with the world around them.

KEN SIRI author, advocate, and entrepreneur, is the single father of a 16-year-old boy with autism in New York City. Ken spent 15 years on Wall Street as a healthcare analyst and is the Founder and Chairman of Consilium Global Research, a Wall Street advisory firm that helps under-followed companies achieve recognition in the investment community. The author of Cutting-Edge Therapies for Autism (now in its fourth edition) and 101 Tips for the Parents of Boys with Autism, Ken blogs for Psychology Today and is a passionate voice within the autism community speaking at autism related conferences and has been interviewed on local and nationally syndicated radio, print, and television.  Ken is a board member of the Atlas Foundation for Autism and the National Autism Association NY Metro Chapter where he serves as Chair of the Programming Committee.

ALEX SIRI is a New York City teenager with autism who is presently non-verbal.  Alex attends school in Harlem and daily inspires his father.  He is battling being non-verbal, having Inflammatory Bowel Disease and sensory challenges with fortitude and a sense of humor.  Alex enjoys hiking, swinging and swimming.  He tolerates running with his dad.  Alex is learning to more effectively communicate with the world and is a master of YouTube. 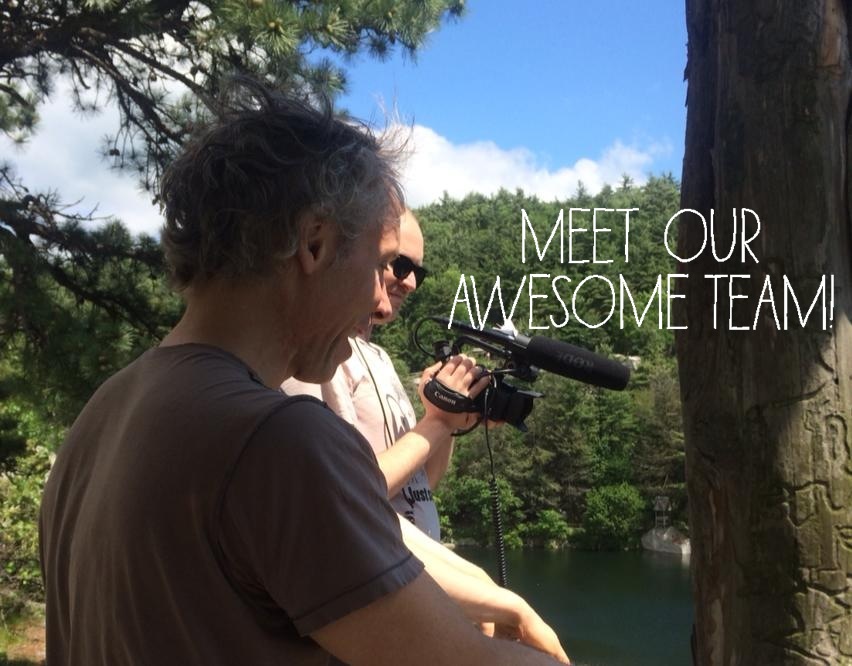 DIRECTOR/PRODUCER: Aaron Feinstein is a film/theatre director and arts educator for people of all abilities. Aaron has created sensory friendly programming for children with autism and disabilities at The Brooklyn Museum and The Brooklyn Children's Museum with his company Actionplay, and has directed the Miracle Project New York's inclusive theatre and music programming at the 92nd Street Y, Rebecca School, and Educational Alliance among many other leading schools, arts, and performance institutions.

DIRECTOR OF PHOTOGRAPHY: Nick Morgulis is a New York City-based award-winning Director and Cinematographer. Nick's films have been featured and won awards at the Houston International Film Festival, Sarasota Film Festival, and Crystal Reel Festival in Orlando. Most recently, his documentary, Closing the Fountain of Youth, won gold at the Houston WorldFest for best historical documentary. In 2013, Nick was cinematographer on three feature-length films and one narrative feature. Nick will be directing two feature-length films in the coming year. Currently, Nick is directing the international tour documentary for the band "KONGOS". Nick holds a BFA in Digital Filmmaking from the Ringling College of Art and Design. Nick is passionate about filmmaking that sheds light on stories that need to be told. www.nickmorgulis.com

ASSOCIATE PRODUCER: Sara Hunter Orr is an applied theatre artist and disability rights activist. Sara currently serves as the Associate Director of Education at Making Books Sing, and a Theatre Instructor for the Miracle Project New York. Sara has worked onstage as an actor and a teaching artist at several regional theatres across the country including including People’s Light and Theatre Company, Syracuse Stage, and Asolo Repertory Theatre. Sara holds a BFA in Acting and a Minor in Education Studies from Syracuse University and an MA in Applied Theatre from the City University of New York. She is dedicated to engaging young people through accessible and inclusive theatre practices.

ASSOCIATE PRODUCER: Meghan Thompson is a novelist and freelancer, whose experience includes writing for Cutting Edge Treatments for Autism, researching for US News and World Report and Democratic political campaigns, writing and editing for Fortune 100 companies, and teaching at the University of Connecticut.  Shortly after graduating from Cornell University, she worked on Wall Street - her career there lasted just a year, but it sparked a friendship and collaboration with Ken Siri that has lasted well over a decade.  She is proud to be part of Big Daddy Autism!