Big Daddy Autism is a feature length documentary film about the life of a divorced NYC father with sole custody of his non-verbal sixteen-year-old son on the autism spectrum. New York City, with all its beauty and chaos, is the backdrop for this tale of two men searching for ways to connect with the world around them. 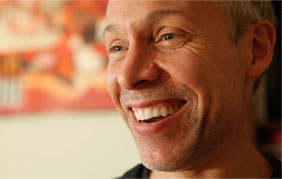 Big Daddy Autism is a heart-felt documentary film about the inspiring relationship between Ken Siri, a divorced father with sole-custody of his son, Alex, a non-verbal sixteen-year-old on the autism spectrum. New York City, with all its beauty and chaos, is the backdrop for this tale of two men searching for ways to connect with the world around them.

With the help of technology, Alex is an emerging communicator learning alternative methods to verbal speaking. He is finding ways to express his wants and needs and, touchingly, to tell his father he loves him for the very first time. Ken is hoping the time has come to add to his life with Alex and autism. After a six year hiatus, he considers the New York City dating scene - an intimidating prospect at the best of times - but Ken is ready to risk his heart for the chance to share his life. We hope that this film inspires you by featuring a slice of New York city life that is original, moving, and beautiful. 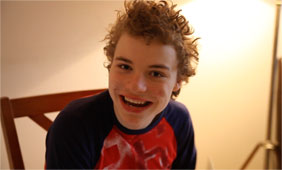 Ken and Alex show how determination and a positive attitude can overcome the most challenging circumstances; everyday, they demonstrate how to live life with heart, passion and beaming smiles. Our amazing team has been shooting since November 2013 and we have shot close to half the film, mostly calling on favors from our community that have helped us get going. It's a story that needs telling and we want to keep the cameras rolling! Your donation is sincerely appreciated.

Please help get this film made.